In places where average daily temperatures can make anyone sweat, cooling appliances like air-conditioners and electric fans are quite common. The former is probably the best way to make indoor structures cool.

However, the hot environment also makes its expensive due to added costs to your electric bill. Air-conditioners also have maintenance costs that can be troublesome especially when a vital part needs to be replaced. For this reason, some resort to a more practical solution – the ceiling fan.

The Ceiling Fan and the Cooling Effect 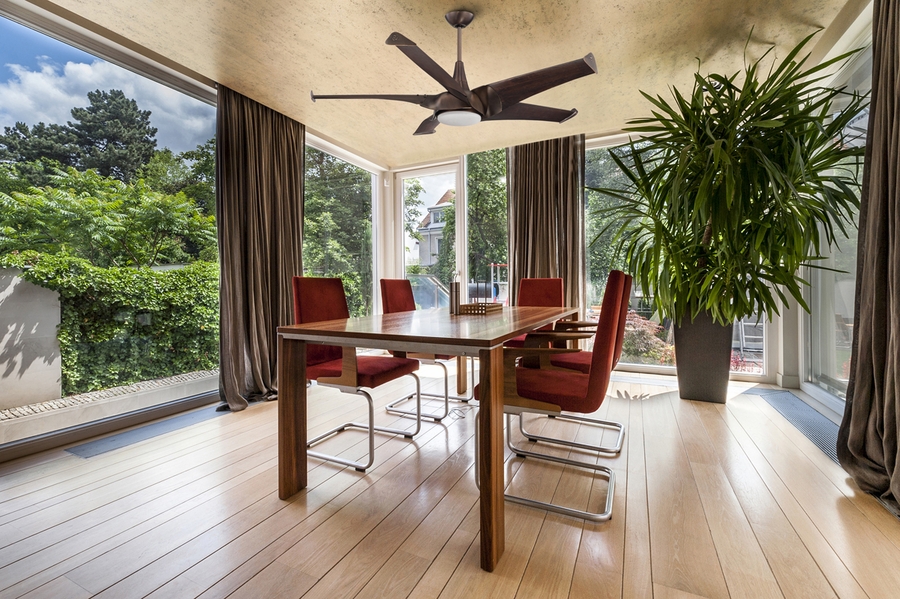 Ceiling fans are an excellent substitute to air-conditioning units. When placed at the right spot in your home, a ceiling fan can definitely cool everything done by properly distributing the heat. A ceiling fan is an efficient way to reduce the temperature in a room. The size of the fan blades allows proper air flow.

People in temperate and cooler climates use ceiling fans due to their ability to dissipate room air layers. This room phenomenon can drive up or down the temperature making the thermostat ineffective.

Unlike the usual electric fans that become noisier as the speed and fan blade diameter increases, ceiling fans however are relatively quiet even when at full speed. And the best of it all, ceiling fans enhance room beauty and aesthetics. There are ceiling fans with designs that incorporate excellent wood trim finishes, definitely welcome to anyone and further enhances the cooling effect.

Ceiling fans however are quite prone to several problems, whether it is due to the lapse of time or improper installation. Screws, nuts and bolts can become loose over repeated use. Bearings will eventually run dry from lack of lubrication. There are instances when the fan blades are uneven.

Fortunately, troubleshooting a ceiling fan is no longer something that is complicated and requires a high level of expertise. It used to be that this was a repair task reserved only for experienced servicemen. Now, it can be accomplished almost by everyone. With the right tools and know-how, one should be able to repair a ceiling fan and get it back to its normal, running condition.

Here are some very simple tips when repairing or troubleshooting your ceiling fan:

Make sure also that the reverse switch of the ceiling fan is not in neutral position. If you have the ceiling fan that uses a pull chain as its switch, be sure to check that it is on.

If your ceiling fan makes use of a remote control, check to make sure the batteries are not drained. If you are using a wall control switch, the problem may lie with the electrical connection from the breaker to the switch. Unless you are familiar with tinkering with household wiring, you may have to call in an electrician for this.

Similar with what we suggested in #2, check once again for any loose screws as these can also be the source of the noise. Loose screws can not only be in the fan blades, they can also be in the blade holders, support beam, the downrod, and motor coupling just to name some.

In addition, make sure the light bulbs on the ceiling fan are fastened securely into their sockets. Check the ceiling fan’s oil to make sure it has not dried up yet. At worse, one or several of the fan blades have cracked or been damaged. If so, you may have to purchase a new blade set.