Electric ceiling fans are now one of the most common household appliances that people use. You see it in many households, commercial buildings, and restaurants. But before it became such a staple commodity, ceiling fans have also undergone countless of changes and modifications.

When Ceiling Fans Finally Had Remotes 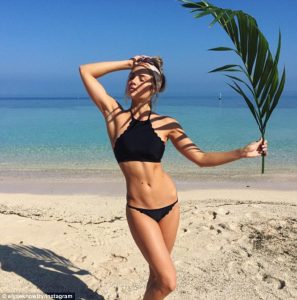 Back in its earliest existence, fans were merely made out of large leaves and other indigenous materials, which were controlled by hand to guide air towards someone or to oneself. But with the rise of newer innovations by a handful of bright-minded people, there are now fans that are powered by electricity. Subsequent developments then lead to the creation of multiple types of fans, including ceiling fans.

A traditional ceiling fan is usually switched on via a single chain pull. But if the product also comes with lights attached, chances are there will be more than one chain switch as well. One for turning on the fan, another for the lights, and yet another one for the spinning speed.

For some, this may mean nothing, but for others, it can be a little confusing. If you belong to the latter group, then maybe you should consider getting a remote.

It wasn’t that long ago that majority of remote controls were commercialized mainly for TV use. Nowadays, they are also integrated to almost all home electronic appliances, including ceiling fans.

What type of ceiling fan remote should you get?

With the continued growth of technology, many different types of remote control, for ceiling fans, have also become available. Each type of remote control has its unique advantages and utility, so choose the one that will best suit your home setup. Here are some of the most common ones you can currently use at home: 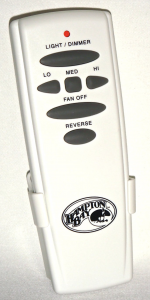 Standard remotes for ceiling fans usually includes a button for power, fans speed, and lights. But this is ultimately determined by what type of ceiling fan you have.

For the most part, this type of remote already does its intended job rather well. But because of its portability and lack of secured mounts, you can easily misplace it. 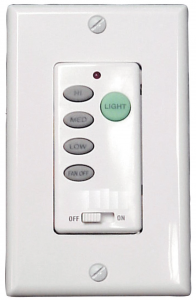 A wall-mounted remote is just like the standard remote that is mentioned above. It still has different buttons with their respective functions, only this time, it comes with a wall mount.

With the wall mount, you get to secure your remote in one place, so you can easily find it. You also have the advantage of controlling your fan from any part of your room, granted that the proper distance is still maintained.

However, just like the standard remote, the portability of the item still makes it easy to lose around your house, especially if you have active kids around. So unless you want to spend ages looking for one small remote, you better put it back to its wall mount every after use.

Unlike the wall-mounted remote, a wall control switch’s buttons are all firmly affixed on your wall. And although you can no longer adjust the fan from anywhere in the room, you also don’t have to deal with losing any remote anymore. Plus, the controls are now safer from the curious hands of little children.

This type of remote is very much the same as the above-mentioned wall control switch, in a sense that it is also firmly pinned on the wall, along with its entire controls. However, the difference is that, instead of buttons, you get sliding panels.

Although some may consider sliding panel switches to be impractical, others certainly seems to love its smooth control and adjustability, especially for the lights. If you have a high-ranged dimming light on your ceiling-mounted fan, this could be perfect for you. 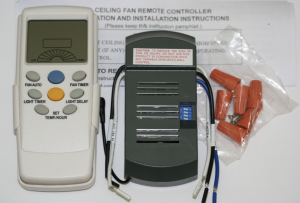 Most ceiling fan remotes are already packaged along with their corresponding fan’s brand. But what if you lose the remote? Well, this is where the universal remote comes in.

Most universal remotes tend to cover almost all common ceiling fan brands, so chances are, your product will be compatible. Furthermore, this concept can also work the other way around, wherein your fan is now the one in need of replacement. 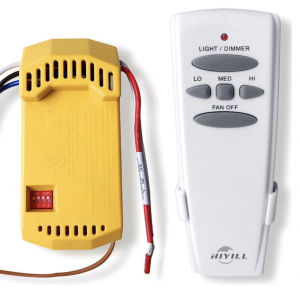 Yes, you read that right. Technology has advanced so much that you can now use your smartphone to control your ceiling fan. Most brands, of this particular product, already come with their own application, which is downloadable in your respective device’s app store.

Each smartphone fan control brand has their own unique features and add-ons, so you might want to explore your options first. And because you now practically do everything on your smartphone, your fan’s controls are also always with you.

All these aforementioned types of ceiling fan remote controls may function differently, in some degree or another, but one thing is for sure, they will make your life a whole lot easier.